Not all of you knew Frank Brown, the recently retired head of Global Structural Chemistry at Merck. Frank, who passed away Sunday morning of a heart attack at the age of only 57 was, however, instrumental to OpenEye being a success. In fact, his career was interwoven with OpenEye even before there was an OpenEye. In 1995, when I was first thinking of leaving Columbia to go to Santa Fe, Frank, who was at that time head of modeling at Glaxo (before it was even GSK), offered me a job to come work with him on 'advanced  visualization'. He'd liked what he'd seen in GRASP, the protein electrostatics graphics program I had written at Columbia, and wanted to have me do more. It was actually a tough call because the thought of working with him and on graphics was pretty appealing. In the end, of course, my own insanity won out but it was close. Frank remains one of only two people who have ever offered me a job.

I stopped writing blogs after my last one, the one where I pointed out that some in the MD world aren’t paying close attention to the scientific principles of test and verification, mainly because there was so much resultant negativity. Of course, that’s nothing new in my career! But at OpenEye we’d started in earnest on Orion, our cloud platform, a journey that’s been rewarding but all-consuming. Write laments that really don’t do any good or go make something you really believe in? Easy choice. It’s one my erstwhile mentor, David Weininger, would have approved of. Dave, who died on Wednesday morning (prior to the election results!), never had much time for communities, other than those freewheeling ones he created for himself. And yet, or perhaps because of this, he had more impact in the field of chemical informatics than anyone since, well, Kekulé.

When the recent Nobel Prize for Chemistry was announced, going to Karplus, Levitt and Warshel I assumed it must have been for “Services to Molecular Dynamics”. As such, I joined the debate on Derek Lowe’s “In The Pipeline” on whether the field had earned such recognition: 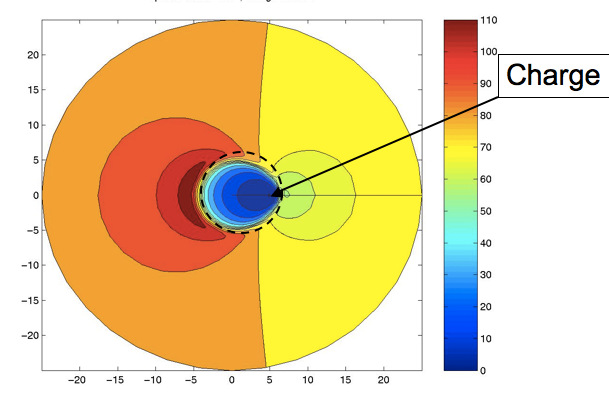 On the Passing of Andrew Grant

Of the many reasons to restart my blog I expected least the death of a friend. As many of you know, Andrew Grant of AstraZeneca and long-time OpenEye collaborator, passed away on the 29th of December. His death was a total surprise to all who knew Andy: he was fit, ate well and was seldom sick. Still, while jogging in the Spanish hills, he collapsed due to a massive heart attack and could not be revived.

I’ve been thinking a lot lately about Jacques Tati’s masterful 1967 work Play Time, which describes an antiseptic, colorless and angular world of the future, a bleak world that only relents when the characters get together for a drink. It’s always been one of my favorite films, and it occurred to me recently that it can be seen as a metaphor for today’s big pharma. This is an industry that has lost its soul. And the one thing that can save it is having time to play—because play is the only reliable path to innovation and the only way to avoid the catastrophes of hype-based science.

What Is Really Killing Pharma

Sometimes it’s frustrating being in the business of servicing an industry so manifestly important and so manifestly stupid. I started OpenEye to help those I had come to know in pharma do a better job, enjoy their work more, and further the science of drug discovery. And I think we’ve done okay: shape has become a routine way of finding new or better molecules; 3D is no longer seen as difficult. What I had not expected was how the very people I was trying to help would constantly be undercut and sabotaged by their management.

In my last post, I ranted on about the problems surrounding contributions by academics to molecular modeling, and cited as a particular issue the Bayh-Dole Act (BD), which enabled and encouraged academic institutions to patent the intellectual property arising from government funded research. Lo and behold, the December 9 issue of Nature features a couple of articles on BD, which of course prompts a further rant on the subject. The first article, by Bhaven Sampat of Columbia University (“Lessons from Bayh-Dole”, pg755-756), was wildly positive on the consequences of the act (no surprise; Columbia has benefited disproportionally from BD). The second, by Jeffry L. Furman, Fiona Murray and Scott Stern (“More for the research dollar”, pg757-758), is more circumspect, at least citing some of the adverse consequences of restricting the sharing of information.

The Rant Goes On…

Ant's Rant - The First of Many

There’s been a lot of hot air blowing around lately about Bill Gates’s decision to invest $10M in our friends at Schrodinger. Some have even suggested that this might mean a return to the heady days of the ’80s when the belief that computation was about to make drug design “rational” was in the air. (I always felt this must have been taken as quite an insult by those who had created a very successful industry without computers: “yeah, nice job, but you didn’t do it rationally”). Of course, these latest high hopes are as silly as those common in that now 30-year-old “golden age.” This is a reaction that large sums of money seems to inspire: “oh, we are investing billions to cure cancer/end the drug war/bring peace to the Middle East, so surely that’s that, time to move on to the next insurmountable problem.” In many ways this kind of thinking is simply a facet of the endearing optimism of Americans that I like. And some times it even works: they did get to the moon after all.