OpenEye is pleased to announce the release of OMEGA v3.0.0. This major release adds many significant new features and fixes several bugs.

Performance of this method versus other tools was assessed on a recently released dataset of 205 macrocycle structures from the Protein Data Bank (PDB) and the Cambridge Structural Database (CSD). While OMEGA’s accuracy was equivalent to that of other methods, its run time was substantially faster. In addition, estimations are made of conformational energies in both low and high dielectric solvents (e.g., membrane and water). 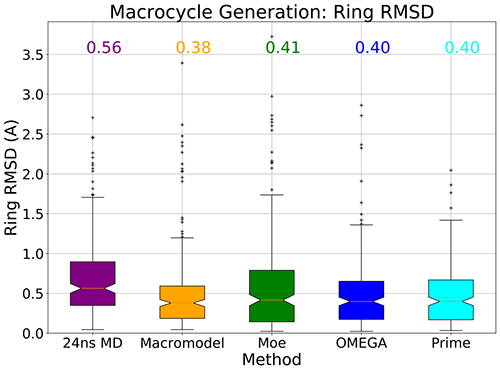 OMEGA is now available for download. Existing licenses will continue to work, but if a new license is required, please contact your account manager or email sales@eyesopen.com.