The quality of results from any biophysical modeling project depends strongly on the ability to first prepare a system from an experimental data file, such as PDB or mmCIF. Unfortunately, these experiments often cannot resolve key pieces of the biological system. The missing details could be as innocent as the location of the protons, or as extreme as the missing entire mobile portions of a protein.

SPRUCE streamlines the preparation process by automatically breaking the system into individual biological components, adding any missing protons or residues, and it finishes by optimizing the hydrogen bond network for the entire system.

The produced output of SPRUCE is an OEDesignUnit. The OEDesignUnit has everything well componentized, making it easy to select which key pieces to include in the subsequent modeling tasks, and which to discard (e.g. excipients).

SPRUCE furthermore leverages the Iridium categorization [1] by providing the user with information about which structure is best to use for modeling. Additionally, SPRUCE highlights the parts of a structure that need special attention, if it is to be used in modeling.

SPRUCE, furthermore, provides access to several superposition methods, based on sequence, secondary structures, or active site shape, each providing benefits depending on the similarity of the proteins being superposed.

To find out how SPRUCE can help with your protein modeling projects, contact us at info@eyesopen.com 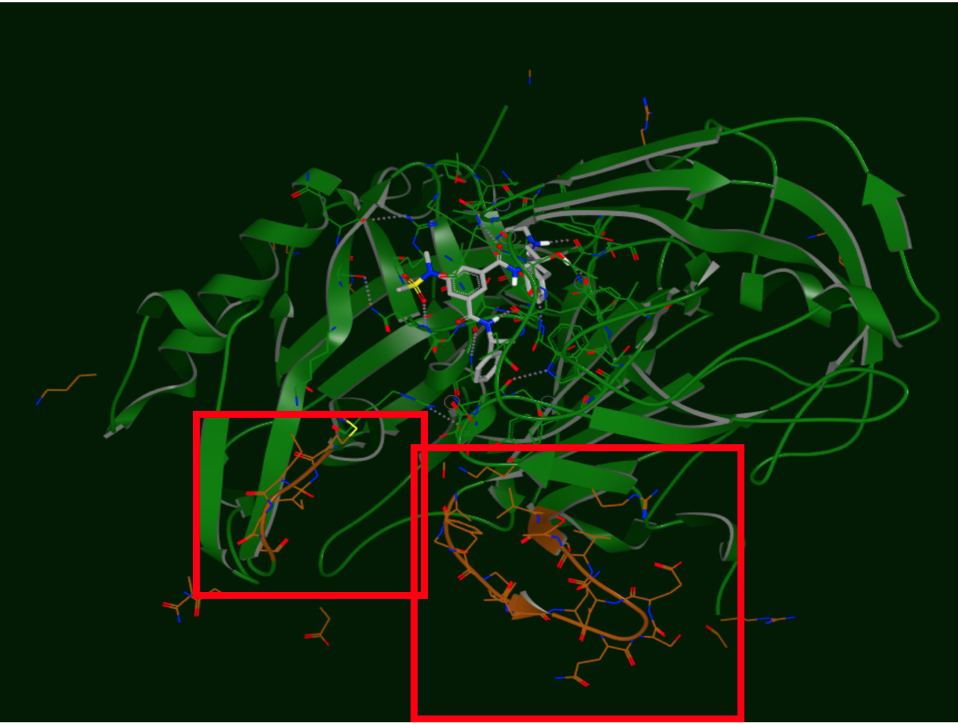 Prepared OEDesignUnit from PDB code 3TPP. Modeled sidechains and loops in brown. Loop 1: DVA between GLU 310 A and THR 314 A, Loop 2: GFPLNQSEVLAS between ALA 157 A and VAL 170 A 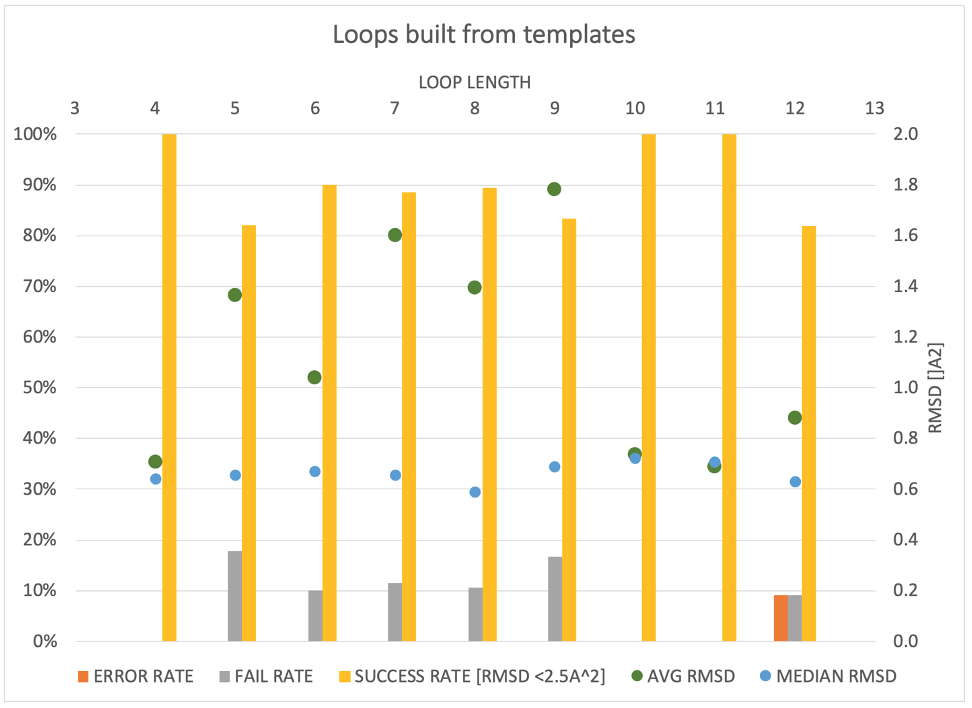 Loop modeling performance based on dataset from Rossi et al. [2].