OpenEye is pleased to announce the release of OpenEye Toolkits v2015.October. These libraries include the usual support for C++, Python, C# and Java.

FastROCS TK
FastROCS is joining the pantheon of OpenEye toolkits as FastROCS TK. Shape technology continues to be at the center of OpenEye's scientific mission, and the unprecedented performance gains of FastROCS TK continues to enable new science to be explored throughout the molecular modeling community. FastROCS TK is only available in Python on 64-bit Linux platforms. If your FastROCS license was created before May 19th, 2015, please contact sales@eyesopen.com for a new license. FastROCS TK requires that the relevant "python" feature be turned on for access to FastROCS TK.

Example of depicting the results of FastROCS TK

OEChem TK: Molecule Reading Performance Improvement
In addition to extending the capability of OpenEye’s toolkits, improving the performance of their existing functionalities is also important to us. We continually work to increase the performance of the molecule readers in OEChem TK to accommodate our field’s ever-growing molecule databases. Significant effort has been made to accelerate reading molecules into OEMol. The graph below illustrates the overall results of the code optimizations performed since the previous release (2015.Jun). 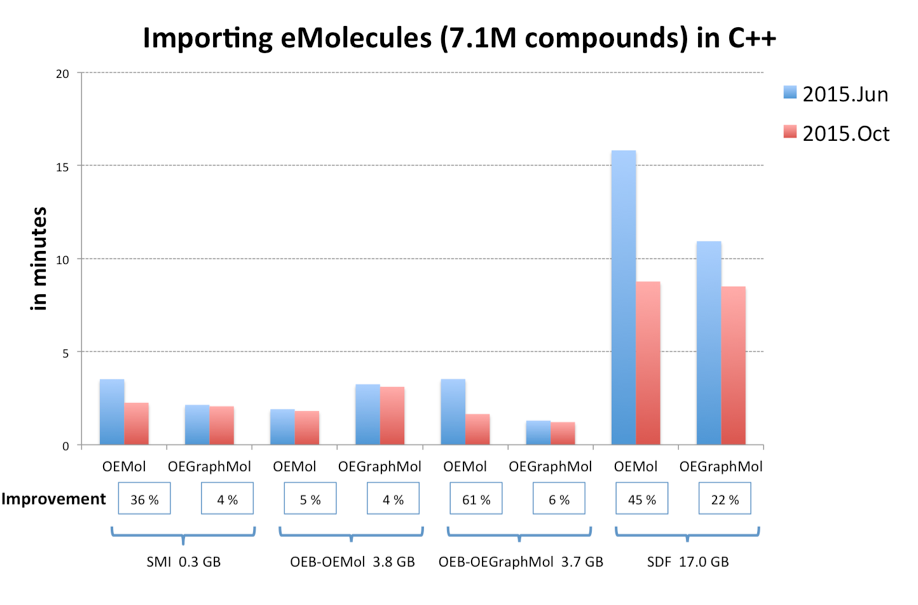 OEBio: Fragment Network
The 2015.Feb release introduced the visualization of receptor-ligand interactions by Grapheme TK. The following2015.Jun release provided automatic identification of ligands by OEBio TK. This release extends these capabilities by providing read-only access to the fragment network data structure that can store interactions perceived by OEDocking TK. Several classes and predicates that provide convenient ways to examine various interactions types between a ligand and a protein have been also introduced. 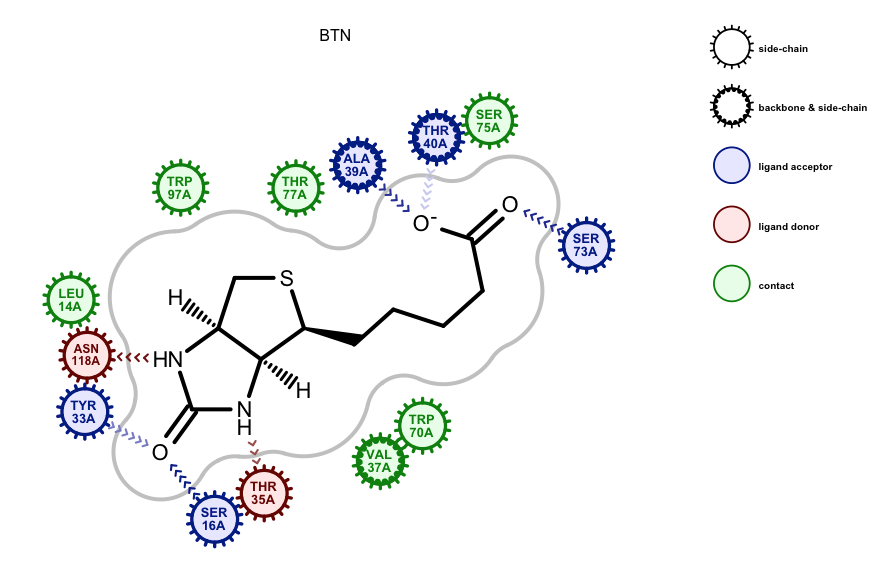 For more details about using these new APIs, see the example in the Perceive and Print Protein-Ligand Interactionssection.

OpenEye Toolkits v2015.Oct are now available for download. Existing licenses will continue to work, but if a new license is required please contact your account manager or email sales@eyesopen.com.

Please see the release notes for full and specific details on improvements and fixes.