Grapheme TK is a versatile and powerful API for augmenting the “2D” depiction of properties of small molecules, e.g. taking the traditional line drawings for compounds and adding color, styles and images that convey important chemical information. This release sees Grapheme’s provenance extended to the interactions of molecules with a host protein. Contact and hydrogen bonding (acceptor and donor) interactions can be displayed, and whether each is side chain or main chain. Crystallographic waters, the envelope of protein-ligand interaction and cofactors can also be represented. In the example below, pteroic acid is shown complexed with Chain A of Ricin (PDB code: 1br6). 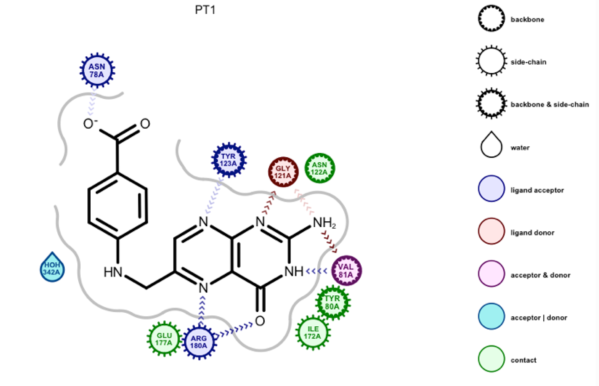 OEMedChem TK encompasses cheminformatics germane to medicinal chemistry. One of the traditional concepts of such is the concept of a ‘matched pair’, i.e. a pair of molecules that differ in a precise, specified way. Averages over the property differences of many such identical pairs have led to a cottage industry of “SAR” predictivity. Our approach in OEMedChem allows a user to analyze a set of molecules for just such pairs and calculate net differences in attached property data. In this release we have added the ability to retrieve the transformation for a matched pair (in Daylight SMIRKS) such that it can readily be applied to a different molecule, as illustrated in the diagram below:

Orientations of molecular depictions can be wasteful of screen real estate, e.g. an extended structure displayed vertically may leave much of a horizontal box blank. OEDepict TK now includes function calls to select a depiction orientation that makes the most sense for the display box. Below is an example of applying the API call OEDepictOrientation::Horizontal.

In addition to 180 new complex ring templates and 72 common macrocycle ring systems with specified cis/trans bond configurations, OEDepict TK now also includes functions that allow it to extract ring templates, anonymize them (change to all-carbon) and then use these for future depictions. Valued customers may also wish to submit these back tosupport@eyesopen.com for future inclusion in our template library.

Finally, the style and utility of our on-line documentation has been dramatically improved. It now includes a Google-search mechanism that is substantially more productive than the one it replaces. 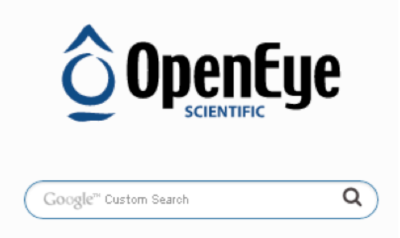 Earlier versions of OEDepict would not always preserve specified cis/trans bond stereo from its ring template dictionary. An example of this and the improved handling in this release is shown below.

Buffer overflow problems that can lead to crashes are also potential security issues. Several such bugs have been addressed in this release including: InChI string creation when atoms are assigned more than 20 neighbors (!),OEWritePDBFile and OEWriteMacroModelFile if atoms have their name field set and, again, abnormal molecules that cannot be handled by the InChI reference implementation.

OEDepict can use a 3D conformation to guide the 2D layout of a depiction, e.g. via the function callOEPrepareDepictionFrom3D. Occasionally this could lead to the flipping of amide bonds. An example and the now corrected behavior is shown below.