Freeform –calc conf estimates the free energy of transforming a single molecular conformer from an ensemble of solution phase conformers to a single bioactive conformation. Several new features have been added, including: 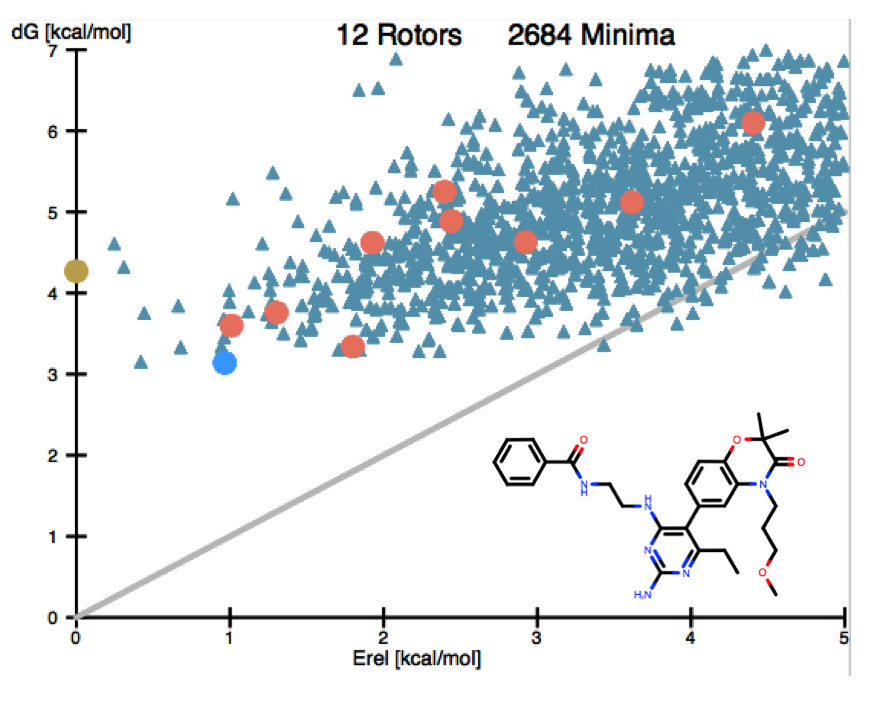 Multiple input conformers can now be tracked. Above, the top 9 docked poses of a renin inhibitor (red circles) are evaluated for their ligand strain relative to the entire unbound aqueous ensemble (blue triangles).

The SZYBKI app has been streamlined. Changes include: PLATFORM SUPPORT

SZYBKI is now available for download. Existing licenses will continue to work, but if a new license is required, contact your account manager or email sales@eyesopen.com.